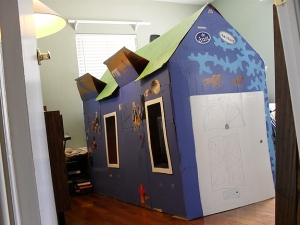 Hey I’m back at Todd’s again! June 16th marks my one year anniversary in my cardboard house. I’m not sure that’s a good thing, a bad thing or just a thing. This is gone on way longer than I thought it would. Oh well. 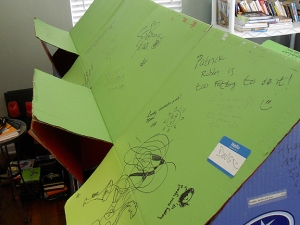 The spare room is a little warm in the morning and I just remembered I designed the house with pop up vents on the roof. Keeps me a little cooler. I am a geeeenious. 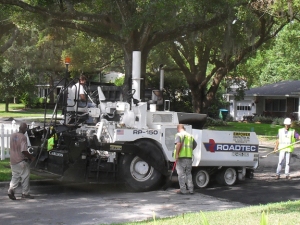 Not cool! 7am and there is a crew grinding, scraping and repaving the road out front. The entire house is shaking and the dog is going nuts. 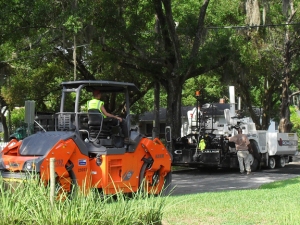 Not the best way to wake up. Heavy equipment + sleeping = bad. 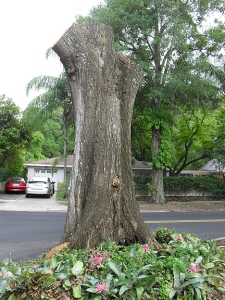 A couple days later I wake up at 7 am again to some more crazy barking. Outside on the front lawn is a crane, two boom trucks and a few support vehicles. I guess they are going to remove the giant oak tree out front. Here’s what’s left. Loud time so far. 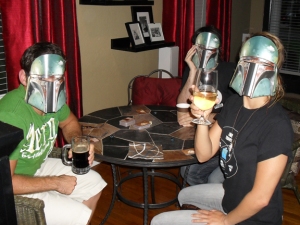 Ahh… another Nerd Nite! I found some Boba Fett masks for everyone. We played some board game, I had no idea what was going on… not nerdy enough. We watched some nerdy movies as well. Looking forward to the next one.

I finally have saved up some money, I hope, to fix up my automobile. It’s leaking oil, coolant, and power steering fluid. The driver’s side window has been stuck in the down position since October. Now that we are in the rainy season… It needs to be addressed. Hope this isn’t going to cost too much. I’ll need to move again, somewhere closer so I can catch rides from people, but where?